The Monk and the Merchant Walk – 4.8 Miles

Things to do Walking Wildlife
Add to wishlist
Share this 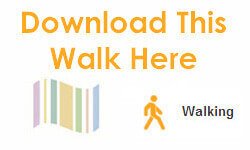 Ships A-Hoy! A breathtaking circular walk steeped in history with spectacular panoramic views across the

Island. Terrain – This walk has an ascent of 800ft (250m) and includes many stiles and gates. A high and exposed headland, can be very windy and covered by low cloud or mist, and paths can be very muddy and slippery. Dogs are very welcome, but please keep your dog on a lead around wildlife and take any mess home with you. Ancient Grasslands  There are records of sheep being kept on the down from medieval times. The hill beneath the Oratory is made of chalk; look out for birdsfoot trefoil and thyme in the short grass of the old quarries. The lower ridge leading to the Hoy Monument is made of greensand which has more acidloving plants like sheep’s sorrel and heath bedstraw. You may spot old boundary banks. The view is west from St Catherines Down to Tennyson Down. The Hoy Monument – The Hoy Monument or Alexandrian Pillar, a 72ft (22m) high column and ball finial built of local stone. Michael Hoy, a wealthy merchant who traded with Russia and lived in the nearby Hermitage, built this monument in preparation for the visit to England of Tsar Alexander I in 1814. The Tsar had successfully repelled the French invasion of Russia in 1812, dealing a serious blow to Napoleon Is campaign. Ironically, the south side of the monument bears an inscription to the memory of British soldiers who died fighting the Russians in the Crimean War in 1854. Wydcome – This delightful valley lies at the head of a tributary of the eastern River Yar, which rises on the slopes of St Catherine’s Down. The farmhouse has a drystone wall (an unusual feature on the island) and this may have been built using stone from the chapel ruins. Look out for the rare golden-ringed dragonfly, demoiselle damsel fly, parasol fungus and green-veined white butterfly.]]>